Diva Destinations is all about Supporting, Building, and Inspiring.  When I met author, Marina Martindale, I was immediately inspired.  She’s a fabulously fun and intelligent woman who took her passion and literally ran with it.  Three books later, Marina Martindale is in charge of her own publishing company and has a team of individuals who are helping make others dreams come true.  If you haven’t had the opportunity to acquaint yourself with her books yet, be prepared for an intimate journey of romance and intrigue.

The Reunion, The Journey, and The Deception.  Pretty much sums it up, doesn’t it?

For a presentation or book signing at your next event contact monica.tipton@hotmail.com.  In the meantime, Keep It Divalicious!

Get in to the Groove with renowned Master Percussionist Chillie Willie Groove and enjoy this music video while you’re at it!

Chillie Willie Groove will be performing next at Monterey Court in Tucson, Arizona on July 28, 2013 from 6-9pm and at the annual 2013 Harvestfest at Sonoita Vineyards in Elgin, Arizona just outside of Tucson, Arizona, August 3rd and August 4th.

For more information about Chillie Willie Groove music visit www.reverbnation.com/chilliewilliegroove for upcoming shows, music, additional videos, and more about how to book his band for your next event.  The ladies and gents love him, and I know that you will too! 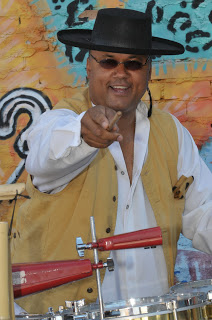 The latest news on healthcare reform from U.S. Department of Health and Human Services

The latest news on healthcare reform from U.S. Department of Health and Human Services

Posted by divadestinationsphx on June 5, 2012 in Uncategorized

Posted by divadestinationsphx on June 5, 2012 in Uncategorized

I love this time of year! With Spring rolling out, and the weather getting nicer, it’s the prime time for outdoor events and Spring fundraisers. Here are some events and organizations which you can get involved in and pay it forward. Some are this weekend, others you will want to save the date. Unleash the Diva in you by taking part in some or all of these events. 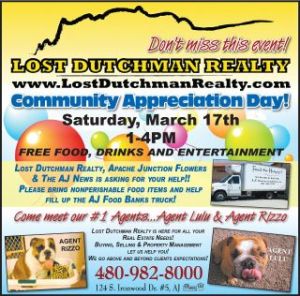 You can keep up with Tumbleweed Center on their web page. This organization is all about giving homeless children a bed and a second chance.

More people than ever are finding themselves in need of assistance. The Apache Junction Food Bank has been in existence since 1983. From January through October of 2011 the food bank served 17, 828 people.

The Starbright Foundation, Inc. is dedicated to rescusing abused children.

There are many opportunities this weekend for you to make a difference. Whatever you choose, just remember to Keep It Divalicious!

So this past Saturday night I went to Warren’s Jazz Bistro to see my man play LIVE as the guest, featured artist of ContreBAND. I’ve been to Warren’s many times and have seen its metamorphosis since its opening. The one thing that really gets me every time I go is the cover charge. First it was $5, now its $10. For what? I’m Diva Destinations. I do not pay cover. 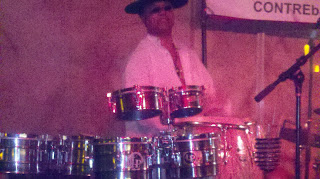 But, that’s besides the point. It never ceases to amaze me the ridiculous prices that are thrown guests way as they enter this venue. At my recommendation, my girlfriend chose to have her birthday party there (for the second year in a row). I’m all about supporting locally owned-businesses, especially minority-owned. I was shocked that Warren’s was going to charge her $20 a person to sit in a booth. Yes, just to sit down. Really?

That’s not all. You can always sit outside or at the bar where both have minimal seating. Either way, you have to pay to get in. Really?

Fast forward to Saturday night. Keep in mind, I’m with the band…literally. We both walk in to see “reserve” signs on each table inside; a deterrent for those who do not know any better. We were invited to sit at the bar where all the seats were taken or outside with the outdoor heaters. The internationally known Chillie Willie Groove was guest performing that night, and who I was with. He didn’t want to sit outside or at the bar. He was playing with the band.

Once it was made clear that we were expecting other guests, and that we wanted to eat, we were then “allowed” to sit inside. Our server for the evening was an absolute gem, and took very good care of us. But I was shocked that after ordering a nice bottle of wine, we were given water in plastic “pizza” cups.

Yeah. This is what $10 bucks will get you at Warren’s Jazz Bistro. Later that night when Chillie asked for water, the bar had “run out”. How do you run out of water at a bar? Oh, you probably want me to pay for that plastic pizza cup with the paper on the straw.

Our final bill came to $75.88 and included the bottle of wine, bottle of beer, two mandarin cosmos (fabulously delish!), a gyro plate and an appetizer (my fave: spinach artichoke dip with warm pita bread). Nope. No discount or complimentary drinks for this world renowned Latin percussionist on a Label roster; or for any other band member for that matter. Unbelievable! and completely disrespectful to the band that packed your house and brought the place DOWN! Let’s also remember that some of our guests chose to sit at their own table with guests that they brought in. 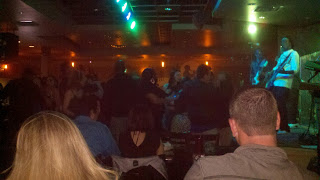 So that’s what you get at Warren’s Jazz Bistro for $10, but that $10 is going to cost you. Doesn’t matter that you bring in business, or radio stations with Grammy award winning artists (Ken Navarro – yes I was responsible for that), or that you want to root on and encourage a small business owner with your patronage.

You’re either a nightclub or a bistro. Make up your mind. When you start charging for everything, and take for granted your loyal patrons, it’s not good for business. You’re showing yourself as desperate and greedy, and frankly I’m getting tired of it.

Posted by divadestinationsphx on March 10, 2012 in Uncategorized

The above link will direct you to the official site where you can review a one minute video on the inception of this important day. It’s all about celebrating women and our contributions to society from the early 1900s. You can even create a Women’s Day event and upload your page/event on the official site.

As you share your story, and recognize the contributions of other women, take a peak at the global events taking place today. Remember to Keep it Divalicious by Supporting, Building, and Inspiring one another!